David Phillips and Peggy Caterino are longtime neo-nazis and Keystone United affiliates living in Philadelphia. Phillips is also a Keystone State Skinheads member. Phillips first hit our radar after one of his nazi “brothers” gouged his eyes out during a horrific assault in his home in 2012, stemming from jealousy related to Phillips offering to take “his girlfriend” out while the other nazi was in jail. See, that’s the shit our side just don’t do. Don’t believe false equivalencies, folks.

At the time, Phillips was a member of the notorious train-wreck of a nazi crew, Aryan Terror Brigade, led by Josh “I had racist tattooed on my forehead” Steever until Steever was kicked out under allegations of being an informant. Steever even posted on Stormfront at the time claiming that Antifa were responsible for the assault on Phillips in an attempt to get donations. However, Phillips was definitely also associating with KSS at that time.

Phillips has a long history of criminal charges for things such as ethnic intimidation, weapons and drug possession, robbery and assault.

Associations with Phillips and Aryan Terror Brigade is just another piece of proof that KSS’ media-friendly image of “non-violent white nationalist activists” is total bullshit. ATB members were involved in an attack on a South Asian family in East Brunswick,NJ on New Year’s Eve 2011, and a splinter group from ATB, Aryan Strike Force, which includes Steever, are currently being indicted for planning to send a suicide bomber into the Antifa protest of the National Socialist Movement rally in Harrisburg, PA in 2016. The very same rally that Keystone State Skinheads was helping run security for because it included their close ally Matthew Heimbach. Tell us again how Antifa are terrorists?

Despite being blinded for life, Phillips doubled down on White Supremacy and joined KSS. Phillips has entered a domestic partnership with Peggy Caterino, another neo-nazi and active supporter of Keystone United. Caterino was present at the nazi band The Blue Eyed Devil’s show that Keystone United just put on in in Central PA on Sept. 15th. 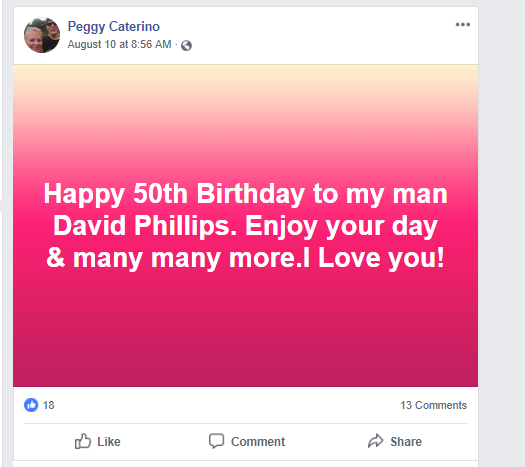 Caterino’s last known address was 7403 Rockwell Ave. (Apt. 1) in Philly. David Phillips’ was 5928 Shisler St., also in Philly. Presumably they are living together, but it is unknown where specifically. Our readers any info regarding these two should send it out way.