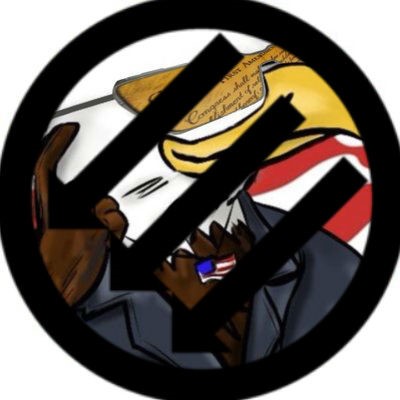 Oh gee the life of a neo-nazi sure is a rough one!
Ex-Philadelphian Mark Daniel Reardon can’t seem to catch a break. After we exposed him in 2017 for flyering nazi propaganda on college campuses, immense community pressure and good works quickly evicted him from his apartment and he was fired from his job. Great work neighbors!
Typically stupid as nazis are, Reardon did not learn the lesson that there are consequences for hate mongering. He continued his trashy nazi path by travelling down to Charlottesville and taking part in Leif Erikson Day here in Philly. All the while spreading tons of racist, bigoted, sexist views from his badly done fringe cartoons he composed hidden in an even shittier apartment in Voorhees, NJ. After more good works by Antifascists of exposing his new address and his nazi ideology being revealed so publicly, poor Mark felt the heat and has fled the country. YAY!
But, he STILL hasn’t learned.
He has set up a support account to fund his existence, which we think is rightfully bankrupt.
MakerSupport should be made aware that they are creating a safe space for nazis, and that is an outrage and needs to stop!
Contact them at support@makersupport.com or https://twitter.com/GoMakerSupport
And tell them to shut down:
CW if you click VERY offensive racist, anti-semetic, violently homophobic/transphobic/sexist content
https://www.makersupport.com/illegal_aryan