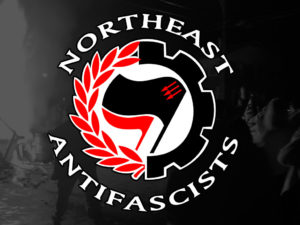 As almost all of you are no-doubt aware, The GOP congressional delegation is holding their annual retreat here in Philly and Donald Trump will be in attendance tomorrow.

There are several protests planned throughout the day. We would like to encourage our supporters and other Antifascists in the area to join us in participating in these protests as an explicitly Anti-Fascist contingent and show that Philadelphia is an Anti-Racist, Anti-Facist city that intends to disrupt and oppose the Trump regime at every opportunity.

Protect your identity.  See you in the streets.