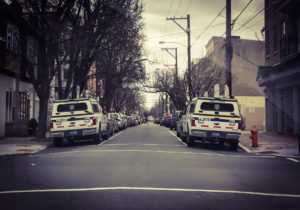 Something was not quite right Saturday afternoon when Philly Antifa arrived at local anarchist bookstore, The Wooden Shoe, to set up for a free community event. Cops had been waiting outside the store as early as 9:00 a.m. But later on, it looked like they were everywhere; blocks deep in either direction, out in large numbers, standing on corners, hanging around in all shapes and sizes of police vehicles, walking up and down the block, circling in packs of bicycle units. Counter terrorism trucks were parked at 7th and Bainbridge and were positioned with more police cars on the same corner.

An attendee left the bookstore and was followed by two police officers into a coffee shop, who monitored their activity and tailed them for blocks. More and more cops showed up, lining the street while filming and photographing everyone who entered or left the shop.

Concerned at the large and hostile police presence, some people who wished to come to the talk, thought it better to leave. The police seemed to be about to do something. In fact, they already had. The day before, two police officers entered the Shoe and asked that they cancel the event. The police made nonsense claims that they feared the presence of antifascists would result in street conflict, and made accusations about Antifa’s involvement with recent protest actions. 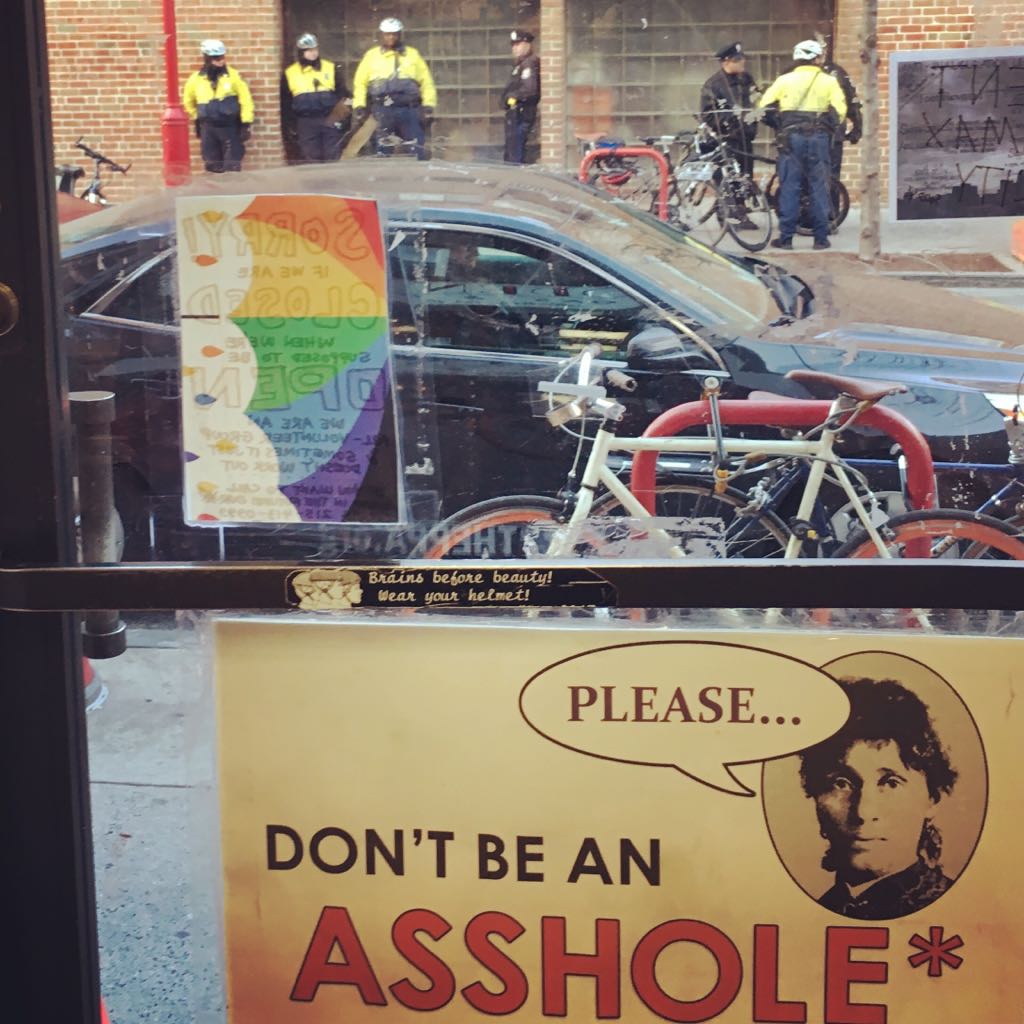 We want to reiterate: Philadelphia Police tried to stop this event.

They were trying to shut down a free, open-to-the-public speaking engagement about antifascism with author and political scholar Matthew Lyons. Lyons went on anyway and spoke to a standing room only crowd regarding his most recent work, “Ctrl-Alt-Delete: Antifascist Report on the Alternative Right.” So many people turned up for the talk we ran out of room, and those who could fit inside got to learn about the rising tide of alt-right ideology and fascist activity. We hope that the cops watching and filming us through the windows enjoyed the talk as well; they obviously have an intense interest in fascism.

This behavior should sound the alarm. The state is poised to crack down on communities simply based on political ideology. Radical spaces, groups and associations are being targeted. Philly Antifa and antifascists everywhere are being threatened. We will not accept a world in which it is possible to silence a public talk at a bookstore. We must work together now to resist this blatant repression.

We are hosting a fundraiser this coming Saturday at LAVA to support the PHL Autonomous Anti-Repression Fund. This Fund and show are the exact things we need to bring us together and sustain our spirits and resistance. Coming out to shows and fundraisers is not only really fun, but essential if you value radical spaces and groups fighting on the frontlines. We hope to see old friends and make new ones on Saturday.

As Philly Antifa, we exist to combat fascism, racism, homophobia, transphobia, sexism, anti-Semitism, Islamophobia and all forms of oppression. We must reject the repression and intimidation tactics the police are trying to impose on us. We will not stop fighting, we will not be subdued and we will not be silenced.