As our readers are no doubt aware, this “Unite the Right Rally” was a disaster for the Alt-Right and led to the death of Anti-Racist demonstrator Heather Heyer as well as multiple hate crimes and assaults by Neo-Nazi and Far Right rally participants. In the fallout, many of the rallies participants and organizers have turned on each other and/or distanced themselves from the Alt-Right.

One group that seems to have very few regrets is the PA Chapter of the Fraternal Order of Alt-Knights (FOAK). Their members were observed by Anti-Fascists on the ground in Charlottesville, and confirmed through social media, providing security for Augustus Invictus (real name Austin Gillespie), Florida Senate Candidate,  and total fucking cretin. Invictus was formerly a member of the Libertarian party, but even a party comprised almost entirely of Fedoras could not stomach Invictus’ Holocaust denial, advocacy of Eugenics, use of Fascist and White Nationalist talking points and imagery, and participation in animal sacrifice.  This led to several conflicts within the party that ended with Invictus switching his affiliation to The GOP.

Most of these “Kekistanis” were spotted a few months ago trolling the Refuse Fascism rally at Dilworth Plaza.  While these jerkoffs might seem like harmless fools, the murder of Heather Heyer goes to show just how dangerous and unstable the pathetic types attracted to the Alt-Right can be, and those that protect and enable them will not be spared their share of the blame.

We’re sure that the FOAK will describe this as “guilt by association,” a legal term appropriated by Nazi sympathizers to deflect and distract from criticisms.  Guilt by association is supposed to be in reference to criminal charge having no evidence other than “this guy knew that guy.” It’s not intended to excuse actual behavior, like attending rallies or defending Fascists, nor to insulate someone from the social consequences of doing so. Why exactly shouldn’t someone feel guilty or be judged by others for rallying and defending Neo-Nazis and Klansmen? That’s rhetorical, FOAK.

Spotted at the Unite the Right Rally:

Despite claiming on social media that he would not be attending at one point, Ellsworth George Lewis was indeed present at UTR.

In a video posted by Youtube user “Khaos Kekmander Khrone” Ellsworth can be seen milling around nervously in a Bloodsport T-shirt. I guess because he’s a tough underground martial artist (lol)? Ellsworth works at Taylor Hospital in Ridley Park, PA. Taylor (part of the Crozer Keystone Health System) continues to employ Ellsworth despite his continued association with White Nationalist, Far Right and Neo-Nazi individuals and groups.  Contact their public relations department (link above) and let them know how the public feels about that decision.  He lives in Prospect Park, PA on Lincoln Ave.

Present with Ellsworth was his “second in command” Jeff Thomas.

Jeff Thomas, was last seen in Philly repeating “I’m not a nazi” over and over while hanging with “Illegal Aryan” and American Vanguard member Daniel Reardon, who was also in Charlottesville.

Apparently hanging with Nazis suited Jeff Thomas fine because he was up to his neck in them at UTR.

In this video (at around 16 min) you can see he even has a brief moment of clarity and weakly comments that the guy carrying a swastika flag is “making them look bad.” No shit, Jeff. Racism and Fascism is a bad look.

Despite this comment, Jeff seemed to have no desire to exercise his first amendment rights to take a vocal stand against Nazism while surrounded by Nazis. How strange, since they love free debate and expression. Was he fearing for his safety should he object to open Nazism being the face of the rally he was attending?  Certainly his associates are not violent individuals like the “evil Antifa” he’s so scared of, so one can only assume his only issue with Nazis was that they were making him “look bad,” and it wasn’t worth it to him to argue.

So this guy will plan and recruit to troll Communists, but can’t be bothered to loudly state opposition to Nazism when it’s right in front of him, despite his claims that he views them both as “collectivism.” Cowardliness, thy name is Jeff Thomas.

After UTR, Thomas took to social media for damage control, again denying any wrongdoing and reaffirming his belief that the greatest fight he could be undertaking at this historical moment is to protect the Free Speech rights of Neo-Nazis.

In a rather hilarious thread on his FB page, Thomas makes the following claim:

What came out in the thread was ample evidence of his ties and sympathies for Nazism/Racism/Bigotry.

He refuses to answer this person’s question outright: 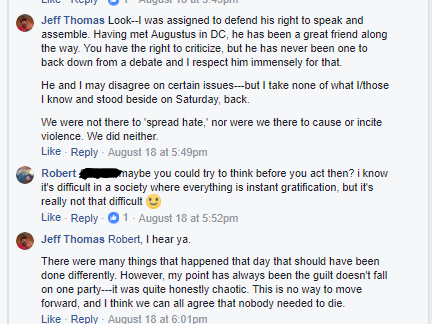 Invictus is then tagged in on the thread by a friend of Thomas’ and shows off his excellent debating skills when one of the commentators literally quotes his own Holocaust denial.

But if a regular old racist, sexist, holocaust-denying capitalist isn’t proof positive enough, leave it to New Jersey Neo- Nazi Frank Marlowe (check out the public content for plenty of evidence of Marlow’s nazi views) to bomb into the thread to recommend to Jeff that he just lean into it and become a Fascist: 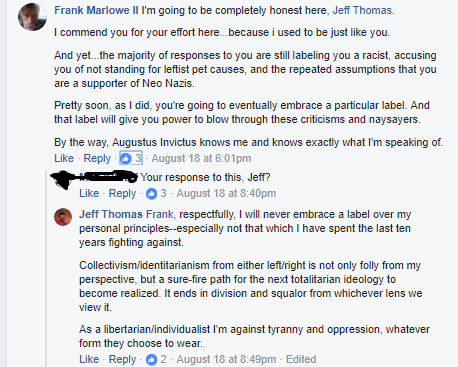 But how do we even know Marlow is a Fasc- It really is a hilarious thread we recommend reading for as long as he keeps it public.  Just keep in mind Thomas is friends with many far right and White Nationalist figures who may be monitoring the thread so use good security should you decide to comment.

Thomas launches the same old “who, me?” routine while well-meaning friends try and talk sense into him about what it means to participate in a movement regardless of your alleged actual principles.  We get it Jeff: you don’t think people should have to share. What we don’t understand is why you think that is a greater principle than human equality or freedom.

Seems as though Thomas is too much of a narcissist to really self-examine his role in helping create the circumstances in which Heather Heyer died. Even if he did nothing else, had attended no rallies earlier, had not helped organize and recruit for FOAK, insulated Nazis like Daniel Reardon from Anti-Fascists, etc. and ONLY provided security for Invictus, consider this Jeff: what if the speakers had been unable to get security and been forced to cancel UTR before it began? Heather Heyer would be alive today.

Movements are the sum of individuals. Everyone that participates, whoever minor, shares some portion of the credit/blame. Throwing up your hands, pointing fingers, or hiding behind the constitution will not wash the blood off your hands. 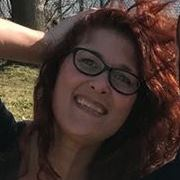 Another “not Nazi” attending the largest Nazi rally in the U.S. on decades was Deborah Nemeth.

Nemeth arrived with the Kekistanis but was seperated and can be seen in this picture leaving Emancipation Park in between the Traditionalist Worker’s Party and Hammerskins contingents, both open Neo-Nazi groups, and shortly before the group of Klansmen that included Richard Preston, who was arrested for firing a gun towards protesters. Nemeth has shown no remorse or signs of leaving the movement since UTR. She’s all over the thread on Jeff Thomas’ page mentioned above “liking” all the right wing and apologist posts and arguing with anyone expressing disgust at their involvement in the largest Neo-Nazi rally in this country in decades.

Deborah Nemeth lives in center city. She works as a paralegal and business manager for Piscitello Law as well as Project Manager for Diamond Contractors.

We would like to encourage our readers to contact Nemeth’s employers and let them know that their employee is a willing participant in White Nationalist and Neo-Nazi movements and to ask them to fire her immediately.

Justin Emerle, aka “Hipster Douche Fascist” briefly attempted to infiltrate the Refuse Fascism crowd a few months back at their rally but dipped out as soon as Antifa began shadowing him around Dilworth. At the time he claimed to be “wasn’t with them” (meaning the Alt-Knights) and was just “checking things out.” 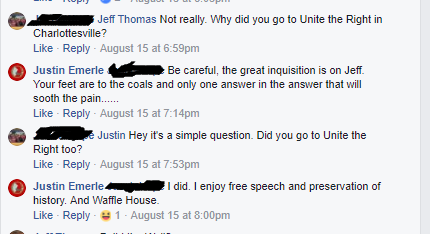 The Emerle brothers sometimes perform as the band Echo Orbiter in the Philly area, though have been on various periods of inactivity the past few years.

Justin Emerele is even less remorseful than Jeff Thomas, preferring to argue online about semantics or his being offended at being called racist than address the fact that he was rallying with Nazis and Klan, which btw is a pretty fucking racist thing to do.  He is repping Augustus Invictus’ website The Revolutionary Conservative as his FB profile photo.

Justin Emerle is listed as living on New Street in Westville, NJ.

This is our first time spotting Colin at a far right event, but that’s likely because we didn’t know to look for them, or they were hiding out, possibly as a scout.

This Nazi Kid was also trolling at the Refuse Fascism rally.   Despite adamantly pointing out that he “wasn’t white” (his mother, who appeared to be South Asian, was waiting for him nearby) this little guy claimed to support the Traditionalist Worker’s Party and claimed “Hitler did nothing wrong.”

Despite his not-so-aryan heritage, This Nazi Kid was welcomed into the Neo-Nazi contingent of UTR, marching along in a white polo shirt along with Vanguard America, the Neo-Nazi group that the murderer of Heather Heyer was also marching with. This guy was with the PA Alt-Knights contingent and seemingly very eager to fight Antifa from behind police barricades but demurred from actually backing any of it up. Anyone with information regarding this winner or any of the scum who went to UTR should send it our way.

Let’s pretend for a second we believe that PA FOAK really believe that they are not racists or fascists.  Excuse the unappetizing metaphor, but essentially what Ellsworth Lewis, Jeff Thomas and the rest of PA FOAK are doing is smearing shit on themselves, and then when someone complains about the smell, saying “But we don’t have any body odor! It’s not US, it’s the SHIT that smells!”

It’s not any less disgusting and doesn’t mean you’re entitled to keep your jobs, friends, be served by local businesses, or be free of people pointing out that you smell like shit. Free association cuts both ways you fake-ass “libertarians.”

We have every intention to hold PA FOAK and every other group/individual who attended UTR on the Fascist side accountable.

Some more pics of the PA FOAK crew at UTR: 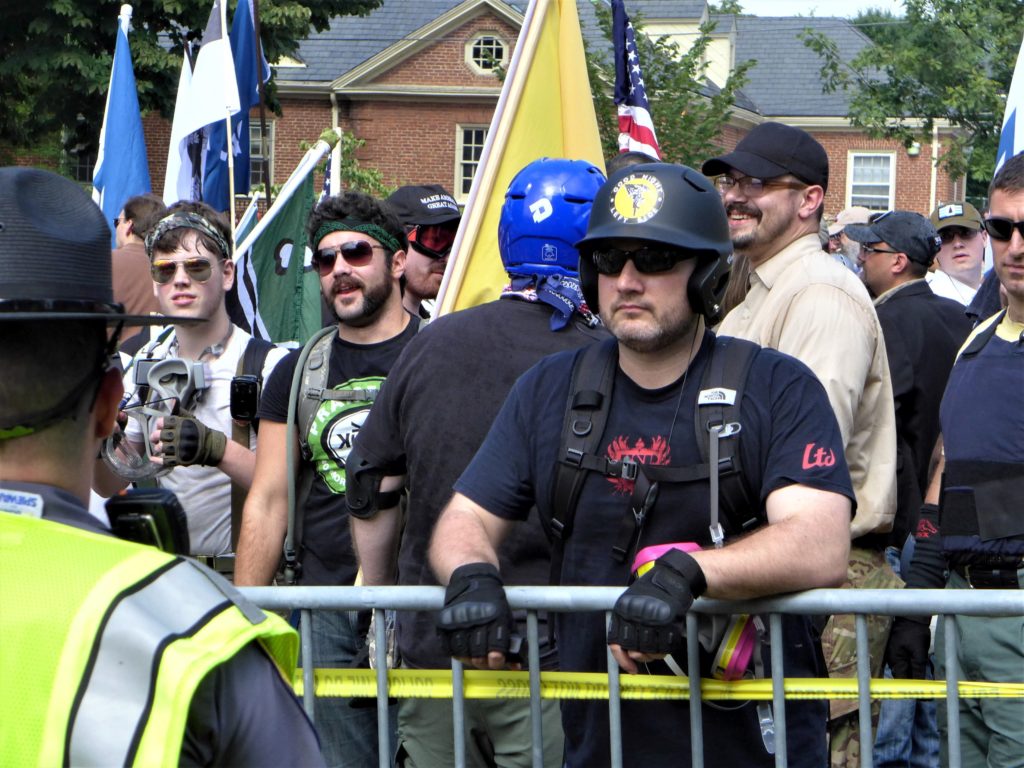 Love and Solidarity to all Anti-Racists injured in Charlottesville, the family and friends of Heather Heyer, and all those taking a stand against the Fascists and their allies. Rage to our enemies. 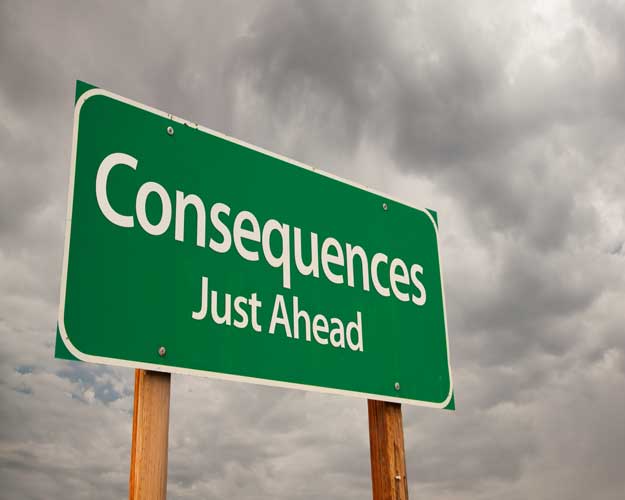