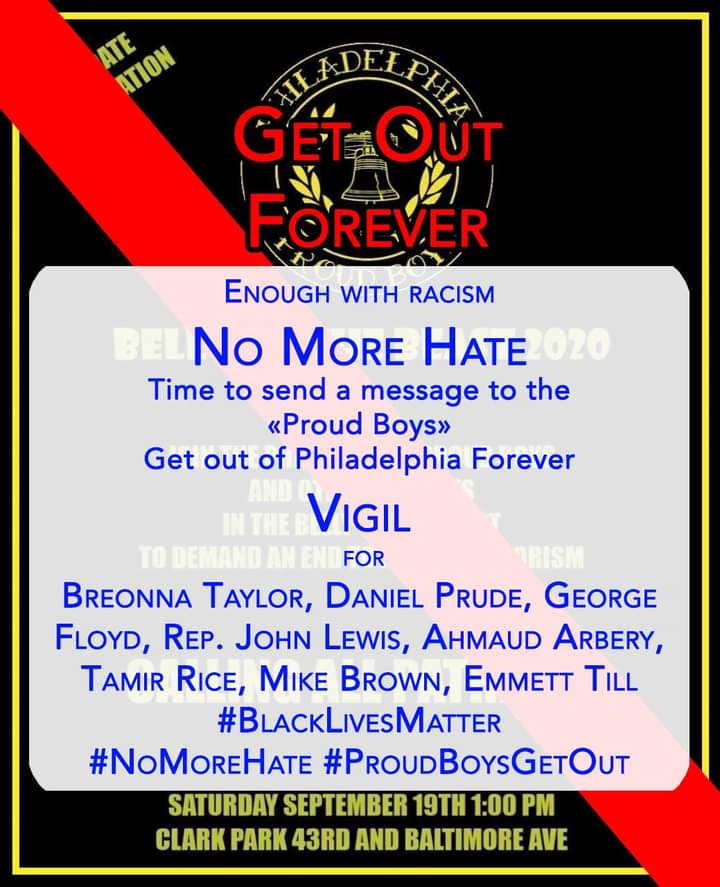 Wear a mask. Bring your friends. Defend your city.

UPDATE 9/21/20: Unsurprisingly, the Proud Boys failed to materialize for their demonstration against Anti-Fascism. A few were spotted on the margins nearby PPD, and a few low-tier right wing live streamers attempted to get themselves beat up so they could make a gofundme about it. Otherwise uneventful day in the park. Of course the PB’s are attempting to spin it as a “troll” or “trap,” which is… the best they can do?

We are not the organizers of the event (though some reporters and nazi bloggers will insist otherwise regardless) but stand in solidarity with the organizers and everyone coming out to let the Proud Boys know their “Klan 3.0” bullshit is not welcome.

Original Flyer that prompted the above Vigil being called: 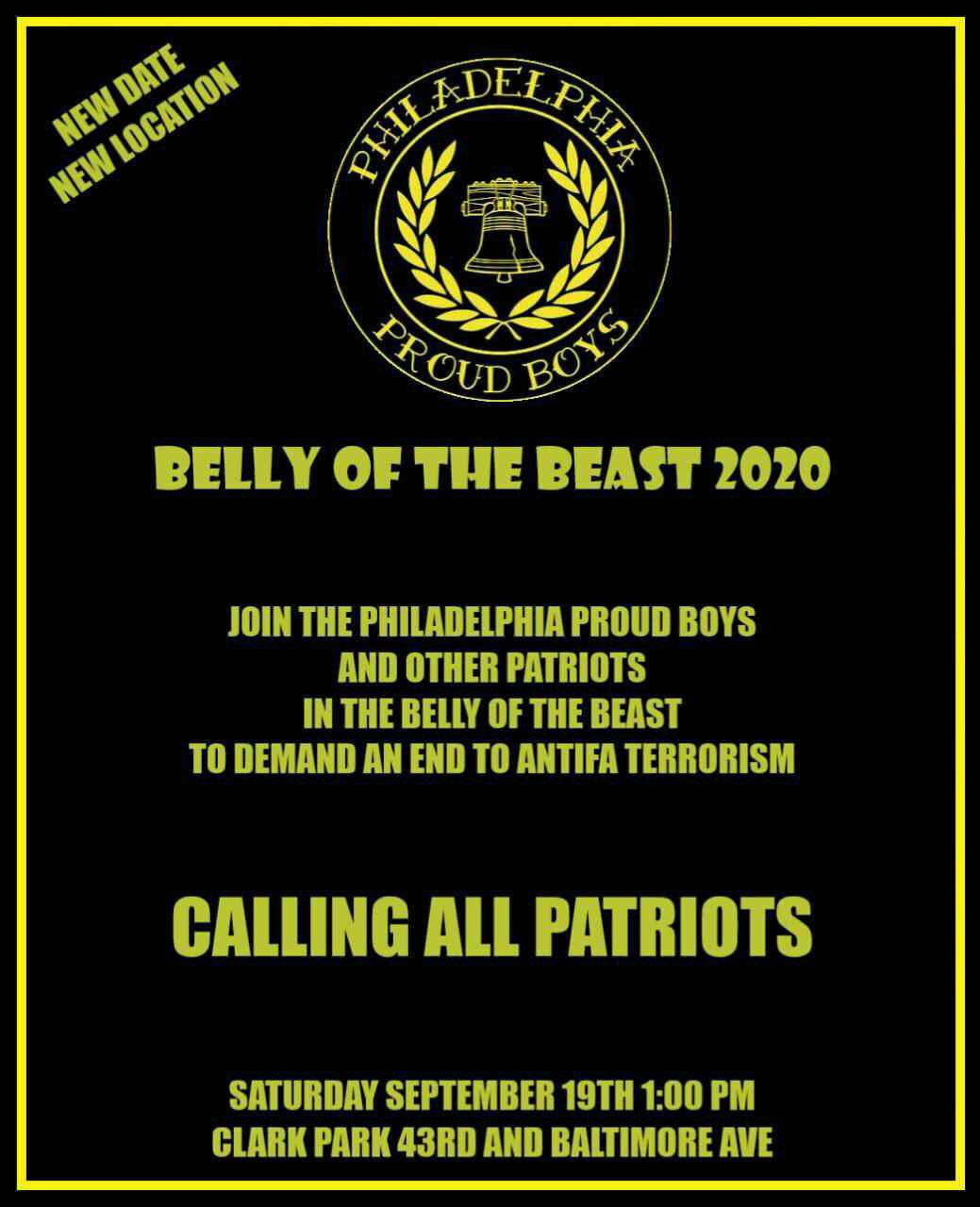 This move by the Proud Boys (should they show up) is not only an escalation, but a transparent provocation. Remember that these groups are coordinating directly with Philly PD. Their collective goal is to assault, doxx, entrap, and falsify charges against anyone who stands against Fascism.